A fantastic article by Jessica Barrett. All about Grief being such a personal experience –and how she learned to open up with the help of EMDR techniques. 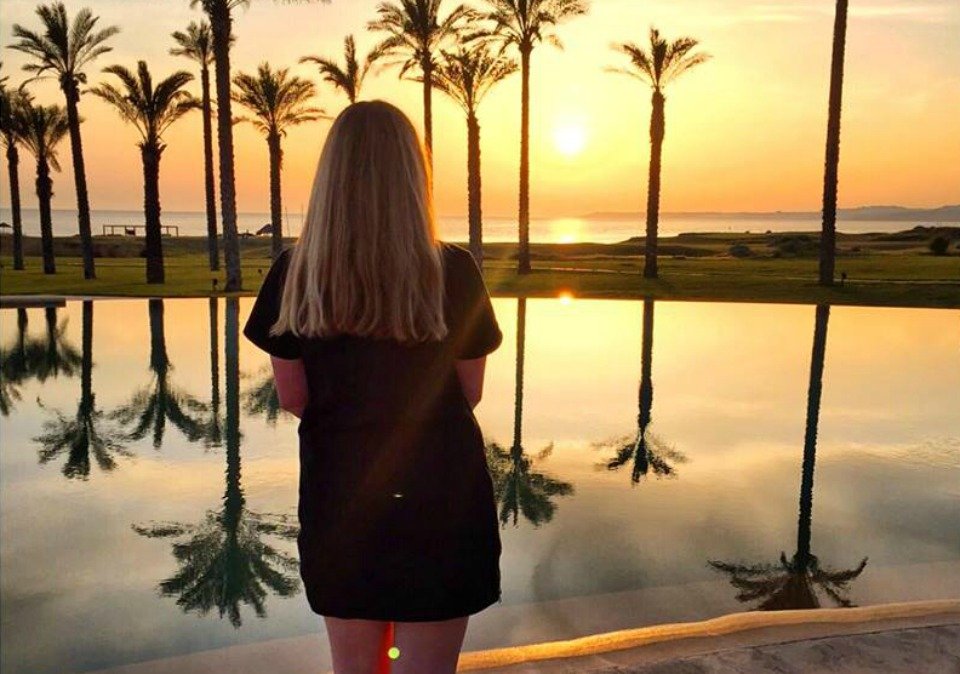 I’ve lost three best friends in the last two years. Prior to 2015 I felt lucky not to have experienced the death of someone very close to me but, as much as good luck can keep you afloat, bad luck can also throw you overboard at any time.

These deaths have robbed me of some of the people I loved the most in the world. The first was a painfully sad, long goodbye, to my 37-year-old friend Amy who died of cancer in March 2015. The next were painfully sudden, without a moment to say goodbye or consider life without them until we had to. My best friend in the world, Ish, was 26 when he died in 2015 and Toby was 31 when he died in February this year.

My own self is, in my mind at least, now divided into two different people: the me who was innocent to what loss truly feels like (a pet or a bad break up were the worst of it at that point, enviably). And the me who is living with heartbreaking loss on a daily basis.

Grief and death are things which – like mental health  – people are often scared to talk about.  So often people around you will say nothing at all because they’re worried they’ll say the wrong thing. When your head is full of grief and sadness, very often accompanied by anxiety, it can feel like the loneliest place in the world. I am lucky enough to have the most fiercely loving and caring friends who have supported me through everything. But what you’re going through is so personal. Watching people live their lives, looking like they’re light on their feet while you feel like you’re drowning in a heavy swamp of grief isolates you even more.

On the outside you might seem normal, you’re not crying, in fact you’re acting just like you always do. But on the inside you’re desperate for someone to take the time to sincerely ask if you’re OK, so you don’t have to find a way to bring up the fact you’ve been struggling. It’s harder than you might think, even when you’re with your best friends and family – especially if you’ve never had mental health issues before.

Sometimes you might find it easier to open up to people you wouldn’t have expected to before. The vital thing is to bring it up: admit you’re sad, speak to your doctor, tell your colleagues. Grief is a very personal experience but, if you’re very lucky, it can simultaneously reveal a fierce circle of support around you that you never truly understand until you witness it.

Nick Cave gave an interview recently in which he spoke for the first time about the death of his 15-year-old son Arthur in 2015. He said, “A lot is said about grief, especially the conventional wisdom that you do it alone. I personally have found that not to be the case. The goodwill we received after Arthur’s death from people who I did not know, especially through social media, people who liked my music and kind of reached out, was extraordinary…and amazingly helpful for me and my family.”

Social media also helped me in that way, I have received so many beautiful messages, some from friends I hadn’t seen for years. It helped in the simplest way possible: it reminded me that people cared. But it is an utterly devastating place for many other reasons.

I’m sure the Facebook Memories feature is something that most people love: for me it’s a minefield. Pictures of Ish, Amy and I together crop up a lot. Private jokes. Days at Universal Studios. Birthday parties. Holidays. Festivals. Ish, Toby (they were like brothers) and I all on a night out. I never know what each day is going to throw up, but I’ve begun to try and see it as a happy thing most of the time. I get to revisit amazing times, I think of my friends and I get on with my day again. If it’s too painful, a social media break did me a lot of good every now and then.

In late 2015 I remember Googling , looking for signs things would get better, searching for something I could do to get rid of my anxiety and sadness. Of course there’s nothing in the short term but discovering EMDR (Eye Movement Desensitisation Reprocessing) therapy really helped over the course of just a few sessions. It’s a breakthrough therapy for those suffering from stress, anxiety or PTSD. Your eyes follow a light, or hand taps, which moves from side to side – it’s not hypnosis because you remain conscious – in order to try and reprogram your coping mechanisms.

My sessions eased my anxiety, and my replaying of particular moments: mainly the phone calls I’d received telling me about the deaths and disturbing memories of funerals. I could finally get on the tube without panicking (there was something about being surrounded by people but simultaneously on my own with my own thoughts).

I didn’t get round to bereavement counselling straight away, and when I did it was hard but it helped. I mostly liked that I was able to offload any feelings I didn’t want to burden my friends with (even though they wouldn’t have seen it that way). Talking is the thing which lifts the anxiety for me the most. If you keep it trapped inside your head it fills up to the brim: you need to open the window and let something out. If you don’t, the smallest thing can push you over the edge and you’ll end up having a completely OTT reaction to something minor. Being honest with people you work with about how much you can take on during times of major trauma and the stress that follows is important, too.

It might sound like a cliche but exercise has been my absolute saviour. Only after a long run, Pilates session or spin class does my head feel so clear of anxiety or that creeping dread or depression.

Grief takes so much away, but grief also gives you a strange privilege. You can suddenly easily divide your world into meaningless and meaningful. Your relationships will strengthen and weaken accordingly. I would do anything to have my friends back, but I also wouldn’t go back to ‘old’ me if I had the choice. As my friend Andrew said after the death of our friend Toby this year: ‘It’s like you lose an arm but you grow a leg’. You grow new parts of yourself which are born from sadness but give you the strength you need to go on. You’re more capable of getting through things than you might think.